I put this on my brother's wall today.

Scott has passed away after a lengthy illness borne with pragmatism and humor.

He went out on his own terms with great courage.

Thank you to his friend Cheryl.

He is pain free now and was ready to see his son John again.

Please keep a kind thought for his love Denise and her family who took him in when he was unable to be with us. It's comforting to his twin Shelley and I to know that he had kids and grandkids and many friends who loved him. I'm sure they'll miss their *Grumpa*

I was tasked with this notice/eulogy/roast by Scott and he asked me to mention how quiet he was and how he kept to himself. Right there you get the way he worked, he wanted this to be funny but not too funny, sad but not too sad, short but not too short, you get the idea.

Scott and Shelley were leap year twins, born February 29th, 1960, so right off the bat they were considered special. They were premature and together weighed as much as I did when I came along two years later. Much to my parent's relief.

Can you imagine a pair of 20 year old small town kids (21 was the age of consent) running off to Vancouver, getting pregnant BEFORE they got married? Not only that but there were TWO of them, born on the leap year. It was written up in the paper, both locally and nationally. So right away mom was humiliated.

We were five, a tight unit that did pretty much everything together. Scott was Ichabod (Icky for short), Shelley was Sam, and I was George. We lived in some pretty ramshackle places, loose windows, mold, drafts. Iced up windows on the inside in winter, sitting in front of the oven trying to get warm in the morning. That's why we like to camp I guess.

Our family camping trips were a cross between The Hunger Games, Naked and Afraid and a bit of Manhunter to keep us on our toes.

We fished, we walked, we beachcombed, we shot rifles, but mostly we sat around the fire cooking hunks of beef, smoking, singing and laughing. There was always the laughter, a tad jarring and hysterical at times, but always there.

The Hunters invented swapping lies, learned at the knee of the greatest bull-shitter of all time, dear old dad. There was the truth, the other opinion, then the fabrication that tied it all together.

Scott loved to drive, go for a road trip or just drive up and down 3rd when we were teenagers. Our parents were always taking us for drives, mom in her curlers dad with an extra layer of Vitalis for men in/on/through his hair. We'd sing along to the radio and they'd open their fly windows and smoke. There was always gum, but we had to share. 3 kids 3 pieces of gum! Yeah no. One for dad, one for mom and 1/3 for each kid.

Scott loved to sing, we all did. There was always a radio on in the kitchen always the same time as the TV. He loved the Mod Squad and would rush home after school to watch it, or more likely from McClymont Park where he'd been skipping school.

He knew all the words to The Brady Bunch, The Partridge Family and Walt Disney theme songs and would delight us with his performance of same at odd hours day and night. Did I mention he liked to sing? He sang loudly to make up for his lack of talent. Dad always told him he couldn't carry a tune in a bucket.

Scott joined the Navy when he was 17 and met Sylvia the mother of his two children, Amanda and John. Amanda we love you if you ever see this. Scott loved his kids, even going so far as not to eat himself when times were tight so the kids could have their fill. He did his best with what he had.

He was predeceased by John in 2020. I'm happy they had a relationship in their last years.

If I can say anything at all nice about him I'd have to say he had a great work ethic and he stuck to his guns. Yes I mean he was stubborn and hard headed but that is also the Hunter way. So those of you taking note: Lying, bad singing, hard headedness, driving, smoking, hard working is the Hunter way.

I hope to be able to use this space to add more stories, we'll see how I go, I'll add a lot of pictures and I encourage all of you to do the same.

It's all water under the bridge now, even if the bridge is floating. I love my brother.

He wanted to tell you all "See you on the flip side!"

I hope you're at peace now Icky.  There's no one I'd rather share a third of a piece of Juicy fruit with than you and Shelley.

Say hi to mom and dad for me and tell an epic porkie about this whole journey around the fire.

My take on the so-called freedom convoy:

Don't tread on me banners

Defiling the Terry Fox statue, prompting a news release from the foundation reminding people that Terry was about SCIENCE.

Dancing, drinking, smoking, parking and yelling profanity on the Tomb of The Unknown Soldier. Prompting Veterans Affairs to release a statement.

Throwing a beer can at a reporter

Putting everyone they come into contact with at risk. EVERYONE.

Conservative MP's passing out coffee and doughnuts, doing interviews in front of the Canadian flag with a swastika drawn on it.

Calling the PM a coward when he had to get his family somewhere safe. His Kids!

Failing to understand that mandates are PROVINCIAL and not FEDERAL.

The US doesn't want your unvaccinated asses there either.

The candle light vigil planned for the fifth anniversary of the Quebec Mosque shootings cancelled.

I remember them here:

Saying that these fringe elements all glommed on and perverted your mission.

I call BULLSHIT, we can all Google who started this and see the call to action and the dog whistle.

You are fighting for my freedoms!?

Yeah, I don't think so. If you were fighting for my freedoms you'd wear a mask and get a prick instead of being one.

If you really want to end this you'd take PPE and Rapid Tests and donate the bloated Go Fund Me scam for respirators and hiring more staff to give our health care workers a break.

To sum up, you are the problem. No one likes to wear masks or have shots but we pull up our adulting pants and do what's required for the greater good. For our families, for your families.

I fervently hope that when you do finally get home and stop holding the good citizens of Ottawa hostage that you don't infect your Granny or your Mum.

I said I wouldn't,

I was especially horrified at the comments directed at our Premier. He has throat cancer, newly diagnosed.

The comments are horrific and cruel, I can't believe how many there are.

I can't believe how easy it's become for people to just spew their own personal brand of ugly on another human being.

Where is the compassion?

Where is the empathy?

Where is the caring?

What would you do if I called you up and said I was glad you had cancer and I hope you suffer before you die? You'd be gutted and angry.

Why is this any different?

You're typing it so it doesn't count?

He doesn't know you?

Yeah not really, you're not anonymous.

I can click on your profile and see stuff.

Who your friends are.

Even the most buttoned down Facebook page has clues.

I can file your job away in my old brain and the next time I need a roofer/mechanic/plumber/gardener...

You get my drift.

No biggie in your life I'm sure to lose a maybe customer, but it helps me sleep at night.

I'm sure I'm not the only one who does this.

I've blogged for peace since its inception.

I've written about peace in our country.

I've written about peace in politics.

I've written about peace in groups.

I've written about peace in families.

I've written about peace with my body.

I've written about peace during this pandemic.

Am I any wiser?

Is the world all love and snuggles?

Is their no longer any strife or pain?

It's all still there, the war, the poverty, the sickness. Political infighting and all around bat shit crazy behaviour.

Anti this and anti that.

What have I've come to accept over the years is if you shine a light on some of the injustice, write about it, protest about it, talk to your friends about it, you'll feel better.

You'll feel a little peace, a little sense of accomplishment. A little bit of relief.

Love your chosen family, hug your pets, try to be more understanding. 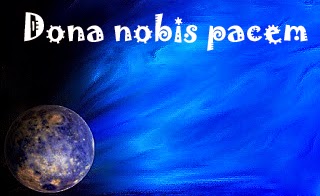 Here we are.
Still Upright.
Still fighting for Peace,
Still steadfast in out Faith,
Still Slogging away,
Still Praying,
Still Loving,
Still Involved.
Here we are.
Despite Covid 19,
Despite Global Warming,
Despite Political fanatics,
Despite Poverty,
Despite Loss,
Despite Adversity,
Despite Racism.
Here we are.
Keep Trying,
Keep Believing,
Keep Loving,
Keep Kindness,
Keep Positive,
Keep Blogging,
Keep Friendships.
Here we are, warts and all. Be kind.
Posted by Louie at 6:37 AM 2 comments:

Two years ago he was mocking a rape victim. Now he's in hospital with a left wing hoax illness. AKA the CHINA virus.

Just in time to deflect the tax thing, the debate thing, the 400million debt thing.
Don't get me wrong, I hope he recovers because he needs to be in jail for fraud, tax evasion, RAPE/ASSAUTx30. Just to name a few.
There's 209K dead and 7.36 Million cases of Covid -19 in America. Trump is still trying to take their medical coverage away.
These people don't get flown to a top notch hospital or have a team of doctors. They don't receive experimental treatment or first in queue.
In a fair world he'd get the same treatment as everyone else, and they'd get what he does.
Lucky he isn't treated based on his tax payments, he's get half a Tylenol.
People are hundreds of thousands in debt to pay for their Covid-19 treatment he gets it on the American dime.
All he had to do was wear a mask, but spent all the time in front of people mocking mask wearers.
He knew Hope Hicks was positive for Covid-19 on Wednesday night, and he still went to an indoor fundraiser, mask-less at one of his resorts on Thursday afternoon.
I find it hard to give a shit about him. I hate the way that makes me feel.
He also mocked Hillary Clinton for being sick during the 2016 Presidential race. Google it.
So get well, lose the election, go to jail. That's what I'll *pray* for.
https://www.nbcnews.com/politics/politics-news/trump-mocks-christine-blasey-ford-mississippi-campaign-rally-n916061?fbclid=IwAR3KrUsd1iDFfReQv42-cPwcMZB_ONM-w7U9aDWyQcbeIaTZm8uUxYQvbD0
Posted by Louie at 11:59 AM No comments:

Older Posts Home
Subscribe to: Posts (Atom)
I know that you believe that you understood what you think I said, but I am not sure you realize that what you heard is not what I meant. 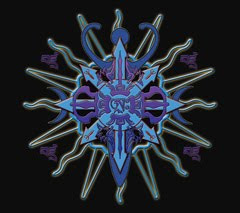 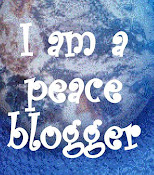 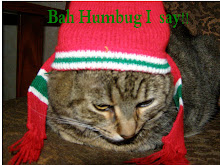 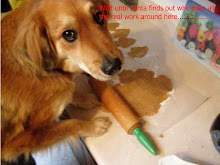 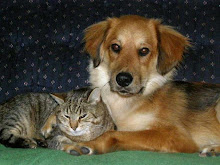